Once the hunting season is finished, preparations for the next one begins. For proper planning, it is necessary to know the inventory and population density of the species present in our area.

Population censuses or estimates of game species are key to being able to carry out a correct planning of future captures, thereby generating greater economic and environmental sustainability in our space.

In addition, carrying out censuses or estimates for deer, fallow deer, and wild boar is already considered mandatory by Annex V of Royal Decree 138_2020, of January 28 for Category II Spaces (fenced hunting grounds and with systematic supplementation of food or water).

In turn, since the recent entry into force of Decree_15022, of March 1, which approves the General Regulations for the application of Law 3/2015, March 5, on Hunting in Castilla-La Mancha, it is mandatory to present these censuses (in digital format) for the processing of the Hunting Management Plan (or Technical Hunting Plan in other regions).

Among the different methods, night censuses by means of vehicle transects (or lighthouses) stand out for large game species, complemented by daytime transects on foot to determine the abundance index of wild boar. This method may be the method of choice equally for hare and rabbit.

As for birds, their little or non-existent nocturnal activity means that in order to take a census of these species we must choose sunset for the count. For partridge it may be equally useful to carry out transects on foot, although for other species it may be preferable to observe from a fixed position.

These methods gives us a population density (number of animals per 100ha), and can provide equally relevant data on annual reproduction (number of females with offspring) or on the sex ratio (proportion of males and females over the total population). Depending on the time of year in which the census is carried out.

To delve into the population density present in the preserve, for the big game species (herbivores), it is possible to analyze the herbivorous pressure that these species exert on the vegetation. This method looks for possible damage caused by overgrazing in unpalatable species. This method, together with the censuses of big game species, is included in the recent Decree 15/2022, of March 1 (Castilla-La Mancha) as an effective way to measure the bio hunting capacity of the area, being very useful for sustainable hunting use. 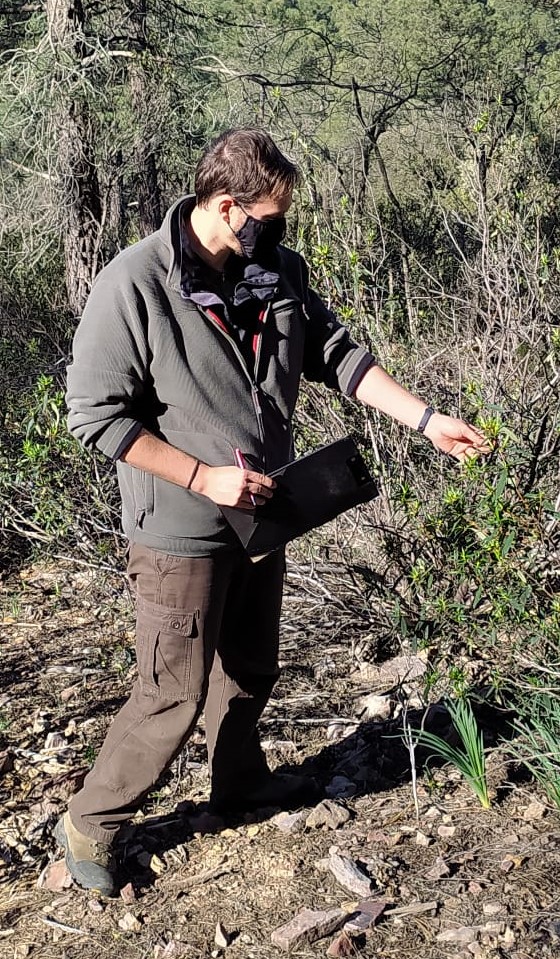 In short, the censuses or estimates of abundance provide data on how many "animals there are" (approximately) and the analysis of the vegetation tells us if the number of herbivorous individuals is in line with the capacity of the environment, thus ensuring the vegetation regeneration.

Carrying out censuses or analyzing herbivore pressure in both periods is equally recommended, as it provides complementary information. Similarly, continuous monitoring over time improves the information that we can extract from the application of these methods. All this will yield technical information that allows optimization of the hunting use from a scientific point of view.

In short, these methods are a tool that has been used for years in research, gaining more and more weight before the competent public administration in matters of hunting, and on which the obligation to carry them out within the framework of a responsible and sustainable hunting activity.