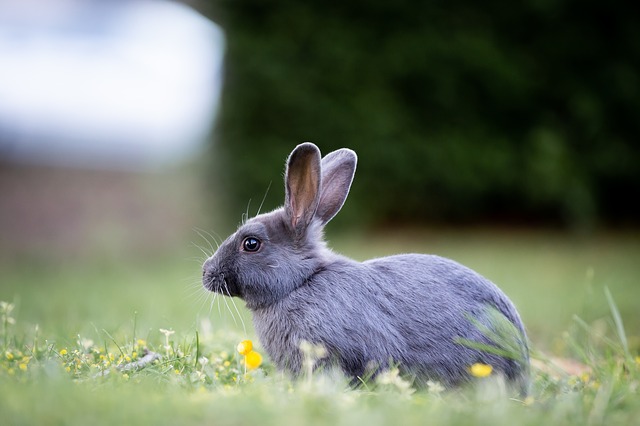 Genetics diseases, and populations: the case study of the wild rabbit.

When a population remains in contact with a certain pathogen for a long period of time, natural selection acts on that population and it is possible to observe changes in it. Thanks to an international study with the collaboration of 24 universities and research centers, it has been possible to verify changes in the wild rabbit genotype in relation to myxomatosis.

Diseases have always been present in animal populations. This fact means that genes that favor resistance against diseases end up prevailing in the population. Thus, natural selection is based not only on competition for resources with other congeners and individuals of other species, but also on the fight against these pathogens. A recently published study addresses how the wild rabbit (Oryctolagus cuniculus) genotype (set of genes) has evolved in relation to myxomatosis.

Brief history of the rabbit

The wild rabbit has always been very abundant in the Iberian Peninsula, and it was from here that it colonized all the territories in which it is now present, in part thanks to the help of man. It was introduced in the United Kingdom in the 13th century (from France, rabbits that in turn came from the Iberian Peninsula); and from here it was taken to Australia in 1859. In this last country, the absence of natural rabbit predators, together with the great prolificacy of this species, produced a population explosion that led to a strong imbalance in the ecosystem.

Aiming to contain the rabbit plague in Australia, and alleviate the enormous amount of damage to agriculture; Myxomatosis virus was introduced into this country from Uruguay. This virus is present in the populations of South American rabbits (Sylvilagus spp.), although it circulates among these rabbits without showing any symptoms; being very pathogenic for the European rabbit. After this, the virus was introduced illegally in France, from where it originated a pandemic that affected neighboring countries, including Spain.

To obtain pre-pandemic rabbits, sample banks from different natural history museums were used. This fact allowed samples for the study to be included from 1865 to 2013. After the sequencing of nearly 20,000 genes, it has been possible to study the changes produced during the long period of time, with those produced from 1950 onwards being of special interest. The most striking findings are that, despite the fact that the rabbit populations of Europe and Australia have remained separate over time, the genetic changes after the entry of the virus have occurred in the same genes. Among the different mutated genes, the so-called IFN-alpha 21A gene stands out, which modulates part of the immune response to infections. The presence of this variation probably explains the rapid development of resistance to myxomatosis observed in rabbit populations almost immediately after of the first outbreaks. This gene not only produces resistance against the myxomatosis virus, but its expression could benefit against other viruses. The study also suggests that resistance to myxomatosis has been based on many small changes in the genome, and not on a large localized mutation in a single gene.

Thus, it is possible that the decrease in virulence observed in the years immediately following the release of the virus will be reversed. This fact allows highly virulent viral genotypes to emerge, generating new outbreaks of disease. Mutations in the myxomatosis virus have been previously studied; and in contrast to what happened in the rabbit, the parallel changes in virulence do not have a common genetic basis in the different continents.

These findings reinforce the idea that mutations in the virus genome are completely random and occur naturally. A mutation in the genome of the myxomatosis virus present in the Iberian peninsula may be responsible for the outbreak of high mortality observed in the summer of 2018 in the Iberian hare; species in which no cases of myxomatosis have been observed to date.

The study can be found here: