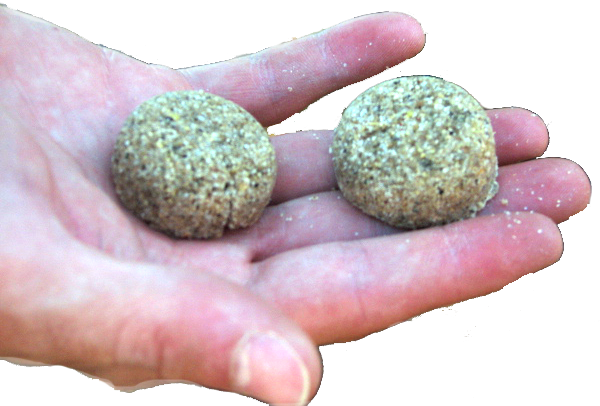 Mariana Boadella is a Catalan researcher based in Ciudad Real who won the ninth edition of the La Caixa EmprendedorXXI Awards. Hardly a year has passed and the balance is very positive. Focused on research placed at the service of the problems of extensive livestock farming and the hunting sector has sparked the interest not only of Spain, but also of France and the United States.

The company Sabiotec, which has the backing of a group of researchers from the University of Castilla-La Mancha and launched by Mariana Boadella, has developed the first oral immunostimulant to fight tuberculosis in pigs and wild boars. The pilot tests are currently being completed, although they are scheduled to see the light this year. A vital product for the livestock sector that, due to this health problem, loses more than 50 million euros a year in Spain.

Her proposal earned her the EmprendedorXXI award from La Caixa in 2015, a recognition that "gives you a moral boost", Mariana confessed to encastillalamancha.es. An impulse that "is not nonsense, because when you start you are very lonely" and hearing that "you are doing it right" gives energy to continue, "it motivates you a lot".

Mariana delightedly explains the goal of her company, which is to combat diseases that occur in wildlife and that they share with domestic livestock. An example of this is tuberculosis, common among wild boars that if they enter a livestock farm to drink water, to continue with the example, this disease will be transmitted to animals that also drink from the same place.

The product that they are developing from Sabiotec is precisely to prevent tuberculosis in young animals orally. A tool that they have seen is effective on pigs and wild boars and that they are testing on goats and deer. Pilot tests that have many hours of work and research behind them and that are carried out in Castilla-La Mancha, specifically in Ciudad Real.

The importance of this initiative is supported by the significant demand that is already being made. Ranchers are aware of the value this product will have for their farms. In fact, there is not only interest in Spain, there is also interest in France and the United States.

COLLABORATION WITH THE US DEPARTMENT OF AGRICULTURE

The tuberculosis problem is a risk for livestock around the world, also in the United States, mainly in Texas where the weight of cattle is very important. For this reason, and given the importance of the research carried out in Castilla-La Mancha, the Obama Administration's Department of Agriculture was interested and they are currently working on pilot tests to control tuberculosis in feral pigs.

At the moment, in Ciudad Real they continue their tests and carry out consultancies in health and genetics, which is what allows them to stay as a company. An initiative that aspires to consolidate and continue growing in the short term.